The Spanish team will participate this season in the Moto2, Moto3 and Hawkers European Talent Cup categories of this international event

The Portuguese circuit of Estoril hosts the first event of the season after the restructuring of the FIM CEV Repsol calendar. The APEX – Cardoso Racing starts a new year with hope and, as always, in constant growth. After Cardoso Racing’s debut in the Spanish Championship in 2016, the structure has been growing year by year. In 2020, as well as continuing to participate in the national championship mentioned above, the team continues in the Hawkers European Talent Cup category and makes its debut in the Moto3 Junior World Championship and the Moto2 European Championship. Under the direction of former MotoGP rider José Luis Cardoso, the team arrives in Portugal with new colours and the same enthusiasm as always.

In the Moto2 class the protagonist is Alejandro Medina, the first rider Cardoso Racing had in 2016 in the ESBK. With extensive experience, the 23 year-old rider, who in 2019 was third in the ESBK with Cardoso Racing, starts a new campaign with the aim of being at the top in the FIM CEV Repsol. Medina knows the category well, and has even participated in the Moto2 World Championship in three races.

Alejandro Medina #55: “It’s a pleasure to return to racing. I am very happy to be here and I am very excited about the team and the bike. I think this is going to be a good year, we are ready. Here in Estoril it’s very windy and we have to be careful, we have to be very concentrated and for Sunday take firm steps and find the limit of the bike as soon as possible, I still need to know it a little better. I’m going to give it my all”.

In the Junior Moto3 World Championship both riders, Dani Muñoz and David Muñoz, make their debut in the category. After the experience of both with victories, podiums and poles in the European Talent Cup they face their debut with these new bikes motivated and in good shape.

Dani Muñoz #7: “I am looking forward to start the championship. It’s been a while since we trained on the big circuit, and in my case it’s been four months after an injury I had at the beginning of the year in Qatar, but we are finally back. I have a lot of desire and hope with the team, I start the year with enthusiasm and the batteries charged”.

David Muñoz #64: “After everything that has happened with the coronavirus we had the first test and the first feelings were good, both with the bike and with the team. Now we have to prepare this weekend and work very hard to be fighting for the front positions. In this category there is a very high level and I think it will be difficult, but not impossible”.

In the small category of the FIM CEV Repsol, in the Hawkers European Talent Cup, Dutch rider Collin Veijer makes his debut with APEX – Cardoso Racing, a rider who began his career in motorcycles at the age of six and has achieved podiums in Moto3 in the Italian Championship and has been runner-up in Pre-Moto3. Veijer has been a champion in several Dutch championships and also has a European title. Like Dani and David, Collin will be competing in the Red Bull MotoGP Rookies Cup this year.

Collin Veijer #30: “It’s great to be back on track. I hope that this weekend we will do well, we will see our potential, but for the moment I am excited. The team is very good, it’s a big team and has professional and fun people, I think we will have a great year together”.

This will be the group of riders who start this weekend the FIM CEV Repsol in Portugal with the APEX – Cardoso Racing. The season starts.

José Luis Cardoso (Team Principal): “The situation at the moment is much happier than in the last few months. At the beginning of the year we had the first contact with our riders, with the new team and it was shaping up to be a year with a lot of desire and possibilities of success in all the categories we are competing. Later, as everyone knows, the situation was altered by this health crisis that has affected everyone. The whole project was paralyzed for more than three months, something that has harmed us all, but now, after this period, we have the possibility to start from scratch with all our project in place.

It’s nice to be back here at the circuits with the new colours and the new drivers. Also with the sponsors, who have continued to trust us after this situation that has affected not only health, but also all companies in almost every sector. For this reason we have to thank the sponsors for their confidence in APEX – Cardoso Racing to be able to compete in the FIM CEV Repsol, without their help it would not be viable.

We are facing a different season, a season with a much more compressed racing format with the dispute of the whole championship in five months, and this will make us have to be more attentive than usual due to the continuity of the races and the rhythm of the competition. Personally I am very satisfied with the overall structure, starting with the riders, who are the architects of this whole story, and of course also on a technical level. We have a very consolidated structure, with very professional people and an important background behind them. We are starting a new stage and the experience that backs us up is enough to be able to face new challenges with a guarantee of success. The competitiveness is very high and it will be very difficult, but we have options to be ahead”. 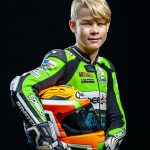 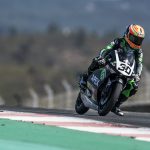